Hello, this is Dr. Shahnaz Ahmed with Living a Life through book and today let’s talk about characters. Someone asked me if I found myself in a character in a book?  Anyone, I identified with.  Well, to be honest, I don’t think so.  Sometimes I think I’m too crazy to be in a book, but that’s something else.  Do I wish I were in a book.  I don’t know.  I’m indifferent about not being one.  It is what it is.  Then I thought about it and the only character that came to mind was Hermione Granger from Harry Potter.  She was simply brilliant.  No, I’m not her, but she’s someone I wish I could be.  OK.  I know that last episode was about not talking bad about myself.  So, let’s just say that I’m smart and all that, but I also respect true brilliance and Hermione represents that to me.

For starters, I respect intelligence, hard work, a commitment to education and that’s Hermione to a T.  Not only does she study hard, but she can process the information well to be able to use it in her life.  I have always admired people with street smarts.  It’s the kind of smarts that helps you survive out in the world.  Your brain can just process information differently and while Hermione is book smart, I feel she is also street smart.  She is able to use what she learned in a book to help her get out of a pinch.  When things go wrong, it’s Hermione explaining how to fix the process.  When they were caught in the vines in the first book, who was able to help them get off?  Hermione.  I wish I could be that way and pull out information at a moment’s notice to help me out of fixes.

Forget life threatening situations, like in the book God forbid, but with life in general. Reading a lot of motivation and self-help is great, but ultimately, it’s being able to put the books to practice and that’s a form of street smarts.  If someone is yelling at you, can you pull out information from the back of your mind from a book you read about how to diffuse a situation?  I can always argue that the more you are in stressful situations, experience is a teacher.  I suppose and of course, Harry Potter is  “fictional”.  I get it, but isn’t truth supposed to be stranger than fiction?

Enough about book smarts or street smarts.  There’s another character that is just fabulous that I wish I was.  I’m not her.  Like I said, I haven’t met myself in a book, yet, but I’ve met versions of who I want to be.  The next person is obvious.  Elizabeth Bennett from Pride and Prejudice.  Who else could it be?  I wish I was as internally strong and confident as she.  I mean that woman can just hold her own and tell anyone off. Gosh.  She told Darcy off.  She rejected a proposal from this super rich guy because she held on to her morals and principles.  Isn’t that a wow!  It’s great. I mean, when she talks to the Ladyship and she’s very blunt, I wish I could be that way with people I “have” to “respect”.  You see, culturally, there’s a certain amount of respect you have to give someone older than you even if they are in the wrong.  Somedays you just want to tell them off.  Or to be able to speak your mind.  For those of you who are listening and asking, “but why don’t you?”  It’s a fair question, but it’s complicated and I’m not Bennett.  I wish I could be.  Gosh, I have held my ground in my life a few times, but there’s only so much one can do. I admire her for her internal compass. She follows her heart and mind and it’s great to see that in a character.

Who else?  Who else?  Who else?  Hmmm. No one comes to mind and I’ll be honest. I do write these podcasts and review them so I have plenty of time to think about it.  I think about the books I’ve read more than once.  Jane Eyre.  What about Jane?  Uhmm. No.  I don’t identify with her and I don’t want to be her.  It’s a great story but it’s sappy in a lot of ways and I don’t find Jane super remarkable.  Yes, she went through hardship when Helen died and she survived her time at Logwood, or whatever the name of that school was, but it’s a progression.  I guess I have to admire her for leaving Mr. Rochester? But the man was married and didn’t tell her.  I mean, come on.  So, no, not Jane.

I think some more. There’s gotta be more.  Well, there’s Rebecca and the character of the girl. Again, it’s a progression of a story and there’s really nothing spectacular about her that I aspire to. I’ll pulling at straws here. Scarlett O Hara, from Gone With The Wind.  Hmmmm.  I’m not like her and I don’t want to be her.  There’s an arrogance about her that I do not appreciate.  Don’t get me wrong.  She makes a fabulous character, but when I think about a character like myself or someone I would like to emulate.  No.  Just no.

And that leads me to wonder about two things.  One. Are there many characters that I can identify with?  Apparently not.  The next point would be, it can’t be.  There’s gotta be more.  So, I’ll just down shift into admitting that I’m not very well read.  Hey.  This podcast is living a life through books, but it’s about a journey of reading.  So, some of us are getting started in this journey, like myself so maybe given time and a consistency to this reading habit and this podcast, I may revisit this topic and keep going and going about all the fabulous characters I’m in love with or want to be.

Incidentally, as I’m writing this episode, I’m reading a book called Dead Key.  It’s just the start but we’ll see.  So far the female characters don’t speak to me, but there’s time. Or one hopes.

Also, with reading the self-help, motivation and business categories, I’m not going to be running into these characters very often.  I balance out my reading habits interspersed with fiction, so it may be a wait.  Now, I’m curious myself, but when that bridge comes we’ll cross.

Two characters later, this is it for this episode of Living a life through books.  This is Dr. Shahnaz Ahmed signing off.  Remember to water the seeds witin you.  It’s time.

Living a life through books podcast 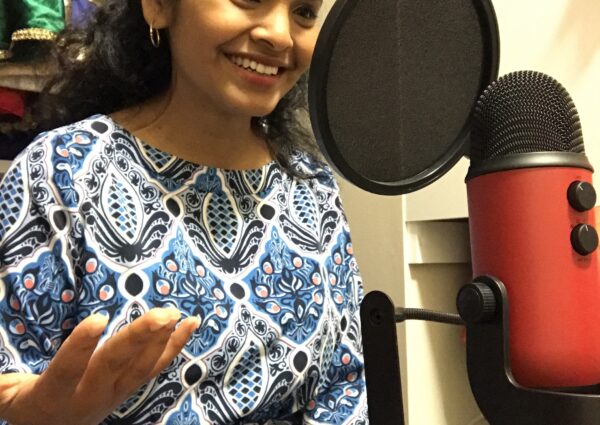